I Stay Home For... (A Pandemic-Induced Update)

This is John Bishop, and today I post something again that is straight from the heart at a time when we could all use a support system to help us through a global crisis. With the Coronavirus spreading and "social distancing" being an alarming norm. With many hygienic supplies dwindling and people struggling to make ends meet by going out into the world even with the risk of disease. With the virus being appropriated as a racist epithet by a known grifter with fascist tendencies and a country struggling to catch up with containing a disease that may have been properly foreseen in a better administration. With too much uncertainty and anxiety and hearsay, I make the choice to say "I stay home for..."

Well, the answer I would presume is that we stay home for society. Doctor ourselves so that we can go out into the world healthy if needed and keep extra safe whilst still having our heads screwed on. Soap up, sanitize up, sterilize, shower, and use our home-bound time wisely. Better ourselves in body and mind and immunity. But keep ourselves sensible and not lose touch with the people who give us inspiration in the physical world. Friends, family, role models, employees, choice strangers...there is no reason Coronavirus should be such a paranoid time to live through.

But I do understand that "I stay home for..." implies a level of love. And so I once again...and every time I mention this particular person, I have to strap myself in so that my trip to heaven doesn't become a disaster. I will be honoring two people this particular post whom have captured my heart to such a degree that I want to wish them all the safety and healthiness, but also as much devotion as I can give. For Diane Franklin AND Kimberley Kates, I salute both of you.

There was one thing I neglected to mention in the Amityville Murders review that could provide some psychological insight into the way 2016 brought my inner depression out to such a crippling, inescapable degree. I choose not to dwell too much on it because it was a nightmare I had that seemed to have become a horrific reality. But for the sake of honesty: after David Bowie died, a few days from then, I dreamed of Diane Franklin. Both she and I were teenagers living in a New York tenement, which is strange geographically considering Franklin herself was born in Plainview, NY. But this is no West Side Story or Endless Love, instead a purely innocent development of young friendship between a couple of latchkey kids who just so happened to be Diane and I. Sadly, the dream ends with dream teen Diane's family separating us by holing her up in the basement behind a brick wall. Setting her free and performing CPR doesn't stop Diane from asphyxiating to death in my arms.

I also remember coming out of the dream with my head buried in my pillow, struggling for breath in time with the suffocation of my dear friend. I nearly died in my sleep. I was so scared, I needed to tell someone the experience I had and pray for an avalanche of empathy. I don't even know if Diane Franklin in real life herself understands the impact that nightmare had on me going forward from there. I came to want to befriend Diane based on a happier dream I had in late 2012, but four years later, a blow was dealt that knocked me to my knees. And in 2020, I am still pretty much in a dark place looking for the miracle in which I regain a light that I need more than ever.

Of all the people I met from the bond formed with Diane, the best of them turned out to be her co-star from Bill & Ted's Excellent Adventure: Kimberley Kates. She stood by me even after my heart was so beaten and the future seemed so in doubt as to what would become of marvelous relationships and positive steps from the time between 2013-2015. I looked back at my old review of the movie she produced and starred in called Mosquito-Man, which I discovered at the Monsterpalooza where she and Diane were dressed in full princess regalia. I feel my heart warmed when I gave it a second glance, although there is one name in the review which I have to admit...that very person turned out to embody the polar opposite of my first time meeting Diane Franklin in 2013. It was embarrassing and degrading, and it ties into the whole Stockton mind-rape I discussed in the Amityville Murders preface.

And yet...I somehow managed to have a beautiful chat recently with Kimberley Kates that helped soothe a lot of residual pain and doubt which has made me shrink from social media platforms after the deep emotional wreckage I experienced. I was apoplectic when it came to the thought that time wasn't healing any wounds, that I was getting more lip service than consolation. I got such a soulful uplift from what Kimberley said to me that it was like true sunshine bursting through dark clouds. Both Diane and Kimberley have suggested that I write something like a novel or a proper story, but I was starved for inspiration outside of my one passion for writing specifically about movies.

If I have any story to tell, it'd likely be wrapped around my collection of autographs from these two women. But the Coronavirus is another in a long list of very real impediments that is reminding me of all the divides personal and political since 2016. In these times, I want to have people stay in my heart even as I am asked to stay home. So I want to offer Kimberley Kates and Diane Franklin both my warmest well wishes and gushing gratitude for the good they have done in my honor. I will present to you a couple of surviving pictures from my Texas Frightmare 2013 experience (I need to hope I can extract from old computer's internal hard drive a lot of other photos) and a few beautiful pictures of Kimberley and Diane together, including from the Pasadena and Lafayette events where I got to meet them both...I have a video link I will share of the Louisiana Comic Con.

With loving memories of Diane Franklin and Kimberley Kates, I sign off for now but will return hopefully with a Babysitter Wanted review and/or a binge watch of Olivia DeLaurentis & Sydney Heller's Apocalypse Goals.


Diane Franklin and I at Texas Frightmare Weekend 2013 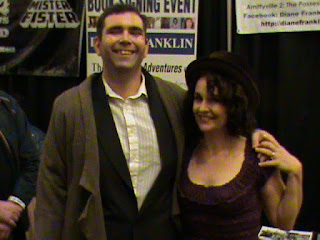 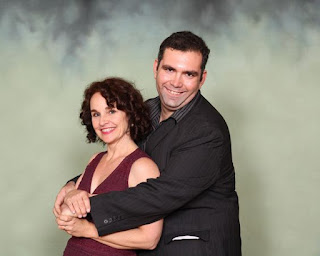 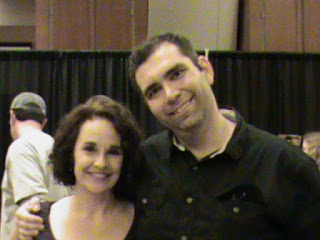 Diane Franklin and Kimberely Kates (first photo is Monstepalooza in Pasadena, second the Louisiana Comic Con in Lafayette with Ernie Hudson and Laura Cayouette, both 2016, third is Christmas 2019) 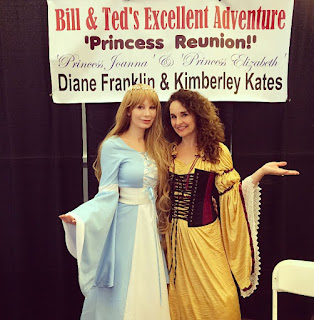 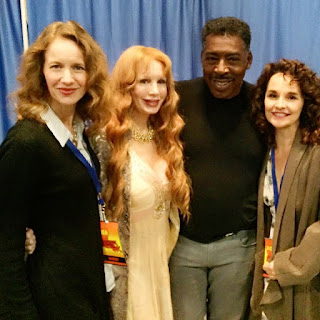 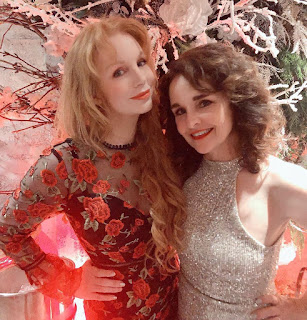 Video I took from the Louisiana Comic Con: